Aesthetics = Does it mean Decorative or Not?

This discussion is about painting, not sculpture, movies, videos, or photography though in theory those are included. One doesn’t read much these days on this topic of esthetics or “esthetically pleasing.” It’s probably because it’s too esoteric of a subject like an Edward Albee play or script, over the head of an average audience. Two dictionaries give the correct spelling as “esthetic” but offer no definition. One, The American Heritage Dictionary word of “aesthesis” as “the ability to receive senses,” which is interesting. It and Webster’s also give the spelling of aesthetics with several definitions. These are: “1. Of or pertaining to the criticism of taste. 2. Of or pertaining to the sense of the beautiful. 3. a. Having a love of beauty. b. Informal, In accordance with accepted notions of good taste.”

Google dictionary gives the definition as “a noun, as a set of principles underlying and guiding the work of a particular artist or artistic movement.” Other definitions are “an adjective, relating to the philosophy of aesthetics, concerned with the notions such as the beautiful and the ugly.”

Simply put, it is a study of beauty. Most people on the street have never heard of the term at all. As a subject of beauty, or study of physical beauty, perhaps it is too personal. One person’s idea of beautiful may be ugly to another person. Yet, a question persists, is there or are there, a universal agreement on certain visual rules that define beautiful? Is it too basic as to be defined?

Are these the trends that “Cubists” and Pablo Picasso broke the rules, in art, in early 20th century? And yet those artists and perhaps all artists are trained as “objective” artists and ”realist” artists, in their beginning and learning of “formal” art.

From the 1800’s “Romantic” period to then the definitions of styles that came to be called Impressionism, Expressionism, Cubism, Non-representative form of Abstract, Abstract Expressionism, the terms are historical. Yet, to this day, most folks will define an artist by his or her skill in painting or drawing as a “photographic realist.” And there are many artists content with doing realistic work.

Often given as an example of the progression of an artist that changed from an “objective” and “realist” to an abstract artist, is the work of Dutch painter Piet Mondrian [1872 -1944]

Above – progression of trees to abstract tree 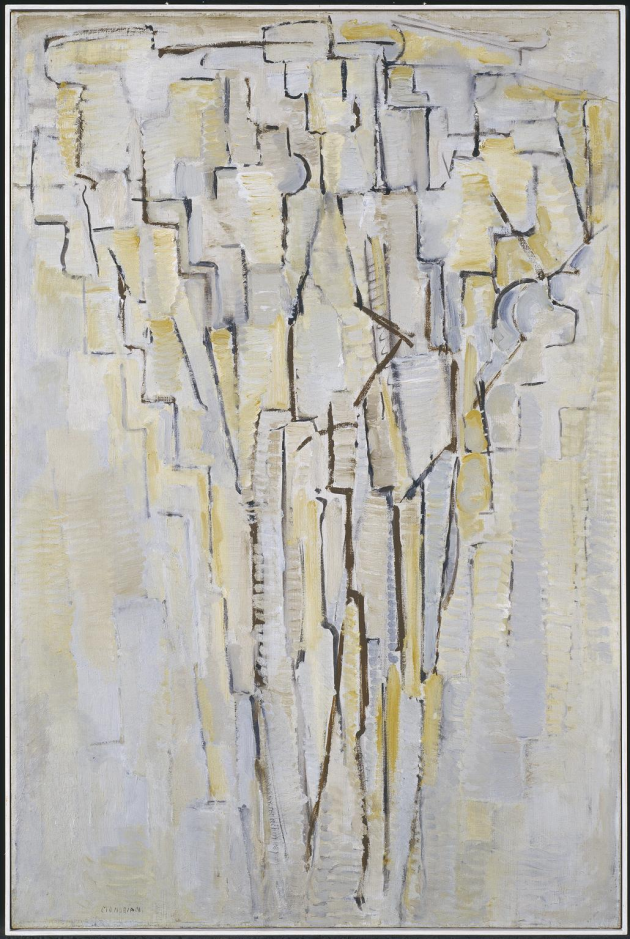 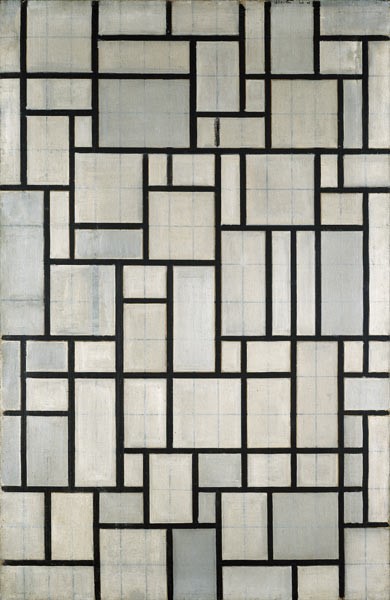 Mondrian’s work from realism to objective abstract images and then to non-objective abstract painting of pure design was highly influential in Europe as well as into the American art community in the 1930s and 1940s. His addition of primary colors to the black line designs became one of the largest copied style in commercial art. As below: 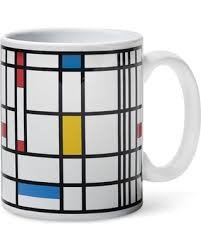 So, he did hundreds of designs and paintings. The hard edge and heavy black line designs seemed infinite in his original designs, and adding other than primary colors.
Even Picasso, as a Mondrian contemporary artist, and after the “Cubist” era, became more abstract yet remaining “objective” in subject matter and representational painting.
Mondrian became completely “non-objective” with his work. The subject didn’t matter at all. There was no subject. There was only canvas and paint and pure design. And that was what became more revolutionary. The art didn’t “have to be anything.” It didn’t matter.
Many did not, and still many do not, grasp this concept.
And, it still affected contemporary representational and objective artists of that era.

.Examples in nature of this ratio …. 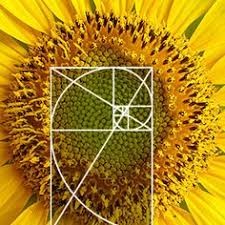 This can be complicated. How can nature do that? In the living organisms it has to be in the DNA. Perhaps it is in the segments of DNA that are called “junk DNA” in the recent past, now being considered as more important. And the examples of the Hurricane and Galaxy spinning are not DNA but a physical rotation math ratio, Hmmmm

Yet, it has been said that “simplicity is the essence of design.” There are many examples of this in the works of architects in Europe, and also of Leonardo DeVinci.
Did Mondrian use this in his work? Not the mathematically progressive twists that give the curves, but the ratio in his heavy black line rectangles?

In the 1930s many artists used heavy black lines. Most notable were the New York group during the depression including Jackson Pollock.

So, then what is decorative? From decorate, meaning to furnish and to adorn with, and in design of interior, being an ornament? How about decorous and meaning to show respect for social customs. Ha. Many have never sat in an art instruction setting and have never been seriously critiqued. Many have never heard that the most insulting critique to a serious artist is to hear that a piece of work is “decorative.”

QUESTION: Which of the following are decorative or not? 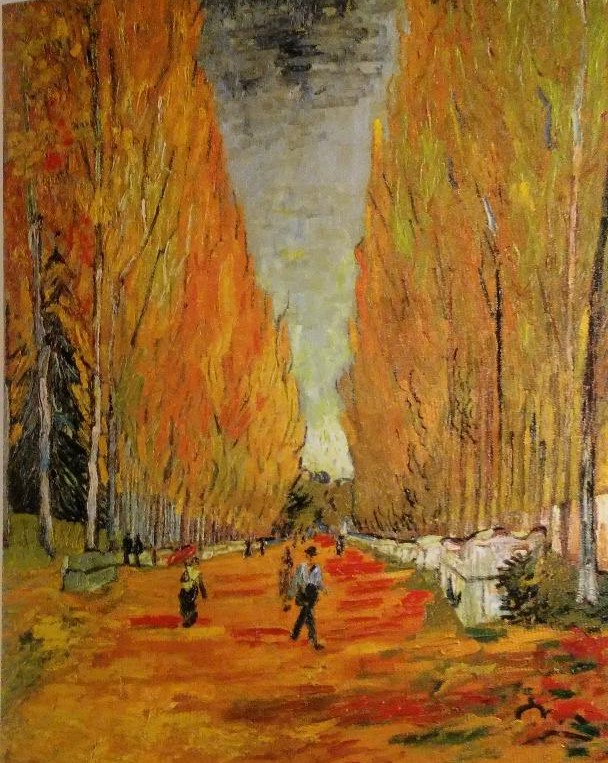 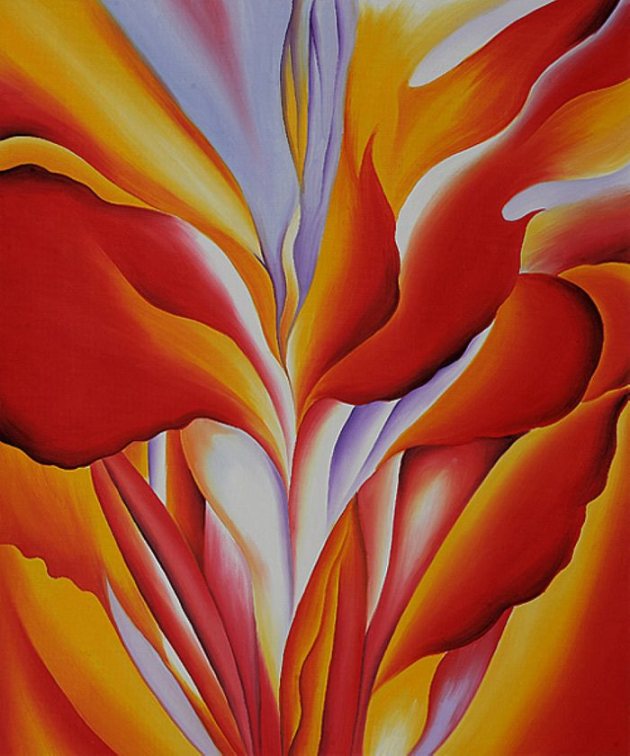 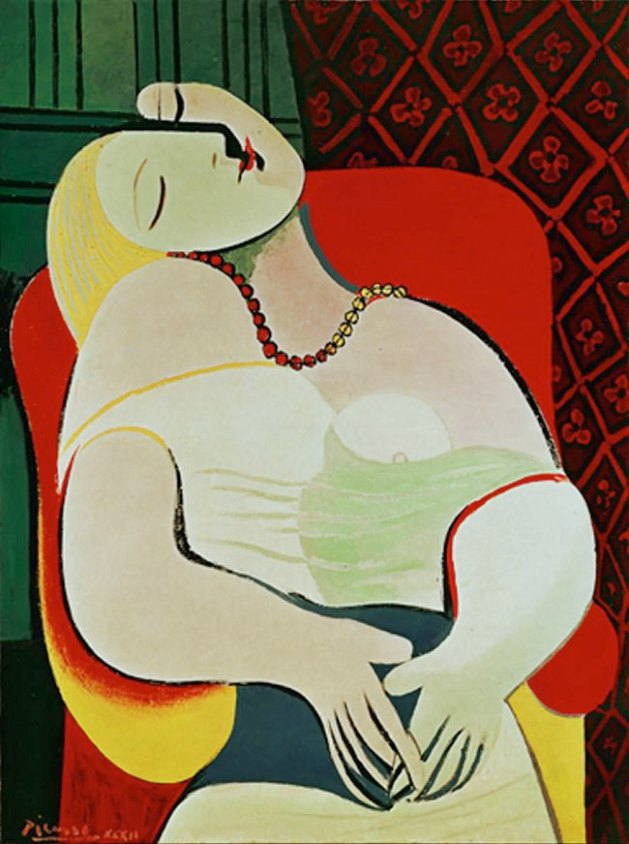 Some of this discussion also takes us, naturally, to the question of “objective versus subjective” discussion, as well as to the meaning of “realism versus abstract.” Perhaps a later post? 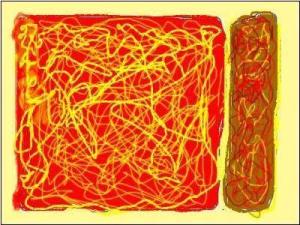 Creating this page on July 29, 2016 is to provide a different place to discuss ART ISSUES and related interests. Along with this paragraph, what is the first posting here going to be? How about Art Styles – and examples like Representational and Abstract, and of new and old Artists I like or what YOU like. Art history is a possibility and the discussion of different periods.
Another area could be the differing media and preferences for. Related to that is digital art, which brings up that huge newer area of past twenty years. What programs or apps are used by digital artists and designers?
Speaking of designers, that brings up another question. Perhaps it is a question of half a century back. What is more important, “commercial art,” or lack of proper term “non-commercial” art?
Too, what is the latest going on?
In major art circles? Locally?